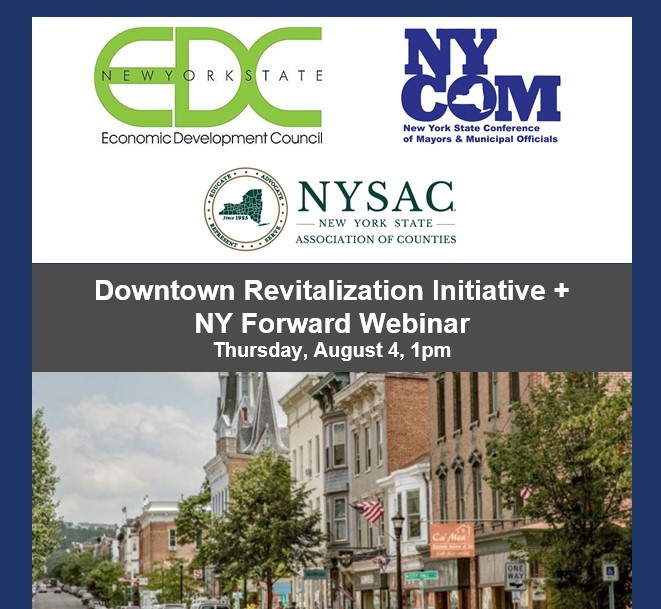 On Thursday, August 4 at 1 pm, the NYS Department of State, NYSEDC, NYCOM & NYSAC hosted a free webinar to outline Round Six of the Downtown Revitalization Initiative and the first round of the New York Forward program.

New York State’s downtowns are centers for commerce, culture, diversity, entrepreneurship, and entertainment, and revitalization of our downtowns is a key to sustainable and equitable economic development.

The overarching goals of the two programs, both of which are led by the Department of State, are to revitalize downtowns and reinvigorate local and regional economies by creating a critical mass of vibrant downtown destinations in each region. NY Forward diverges in several aspects to reach and serve the unique needs and characteristics of the State’s smaller and rural communities.

Applications for both programs area available now. Communities were encouraged to submit a Letter of Intent to Apply no later than August 10, 2022. The Application is due by September 23, 2022 at 4:00 pm.